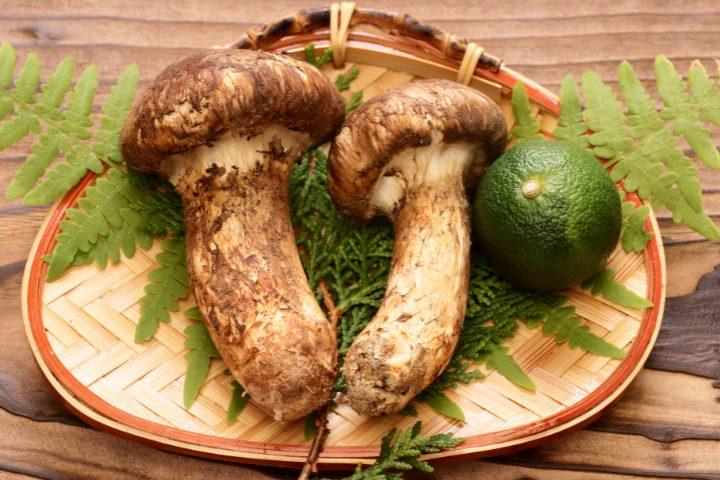 There are said to be about 100 different types of edible Japanese mushroom, and thousands inedible. Mushrooms are found in various different dishes and have a special place in Japanese cuisine.

Did you most mushrooms are actually artificially cultivated? I didn’t know this until recently. This means they are grown in mushroom beds under certain tested conditions, so they are available all year round.

With over 4,000 different varieties of wild mushroom in Japan and only 100 of those being edible, gathering wild mushrooms is a dangerous task. Wild mushrooms are best gathered in autumn, but in order to weed out the edible variety, taking a specialist along is necessary!

Shiitake are well known globally, they are even called shiitake in English. Originated in southern Japan, Oita is one location known for cultivation, accounting for about half of the country’s shiitake production. About 160,000 tonnes of shiitake are cultivated each year, and half go on to be dried. Shiitake are said to have many health benefits including assisting in reducing inflammation, viruses and tumours. There are now kits available in Japan for growing your own shiitake!

Shiitake are common traditionally in nabe (hot pot), boiled dishes and tempura. In more recent years they are often used to stir fry as “mushroom steaks” or in burgers as a substitute for meat due to their size and juiciness. Rehydrated shiitake are very flavourful and delicious, and can be used to make shiitake broth used for soup bases.

These mushrooms look like something you would see in a fairytale. With their long, thin stalks and small caps, they are quite different in appearance from mushrooms found in Australia and the West. Often cultivated, they are grown year-round and available in the supermarket for an affordable price.

Full of protein, they are popular with vegetarians. They are often cooked in noodle dishes such as soba, stir-fries and nabe.

Eringi, called the King Oyster Mushroom in English is also found in some European countries. They are a very juicy, meaty mushroom and are delicious once grilled, fried or boiled.

Eringi are usually sliced and sauteed, or used in grilled dishes. A juicy, meaty mushroom, they are often used as a substitute for meat in vegetarian or vegan dishes and are popular in yakitori restaurants where they are skewered and seasoned lightly.

These thin, white, mushrooms are quite fragile and are often prepared and eaten in a clump rather than one at a time. They are cultivated all year round. As with most mushrooms, enoki is full of vitamins and nutrients. Wild enoki is brown and cultivated enoki are white as they haven’t been exposed to sunlight.

They are often seen in nabe dishes, and sukiyaki, but are also very delicious in pasta and curries. They have a slight, delicious crunch.

The name maitake (舞茸) in Japanese means “dancing mushroom” and is found also in China, Europe and North America. It grows in hardwood forests, in large colonies.

Maitake has a very woody, earthy flavour, and are soft in texture. Due to the strong flavour, they are perfect for sauteed dishes and stir-fries. They can also be found in tempura or as a topping in noodle dishes.

The Matsutake cannot be cultivated and is only harvestable in Japanese autumn. They are found under pine (matsu, hence the name) trees and require a specific type of forest, terrain and conditions to grow. This makes them a very expensive autumn luxury, much similar to the rank of truffles.

This gourmet mushroom with its spicy flavour can be enjoyed grilled, in sukiyaki or cooked with rice.

Nameko is an orange mushroom, coated in a glutinous slimy texture that would definitely put some people off! This “neba-neba” slimy texture makes it perfect for soups like miso soup. In recent years nameko have gained popularity after they appeared in the phone app game”Nameko Saibai Kit” where the aim of the game was for the player to cultivate large numbers of nameko, and the DS game “Touch Detective”.

They are often found in packages of a slimy substance in the supermarket, and sometimes you can buy them as a cluster in the mushroom section. They are great in soups as the slimy part can be used as a thickener and are often found in miso soup. With a nutty taste, nameko are also delicious in stir-fries, noodle dishes, nabe, and even sushi.

While these aren’t mushrooms, they deserve a place on the list of Japanese loved mushrooms. Kinoko no Yama (mushroom mountain) is a Japanese biscuit snack shaped like a mushroom, with a chocolate-coated cap. First launched in 1975 they have become a classic, well-loved snack.

Japan, The Land of the Mushroom

Japan’s climate is perfect for wild mushroom cultivation/growth, and mushrooms can commonly be found in nature. It can be dangerous to pick and eat wild mushrooms on your own, though, without consulting a guide, says mushroom expert Ikuko Sato. Some of the mushrooms look quite similar and a few people die every year from eating poisonous mushrooms.

Mushroom tips: did you know mushrooms wrapped in plastic sitting in the supermarkets lose their flavour due to condensation? Cardboard and newspaper are the best materials to transport mushrooms in.

Australia is a country also abundant in mushrooms. Some of the above mushrooms are also available in Australian supermarkets such as enoki, shimeji and eringi. Australia has many edible wild mushrooms of its own. One of the most popular being the pine mushroom, otherwise known as saffron milk cap mushrooms. There are also a huge number of very visually striking poisonous mushrooms native to Australia, the most notorious being the death cap mushroom which causes the most poisonous-mushroom related deaths worldwide. Like in Japan, in Australia it’s also very dangerous to forage for mushrooms without an expert, and something important to remember is that a lot of the native wildlife of Australia use wild mushrooms as an important food source.

There has also been a rise of the powdered superfood mushroom in Australia as a health food, similar to other parts of the world. Many people have hopped on the trend of adding these powdered mushrooms to hot drinks and smoothies, one such brand available is Om Mushroom Superfood. 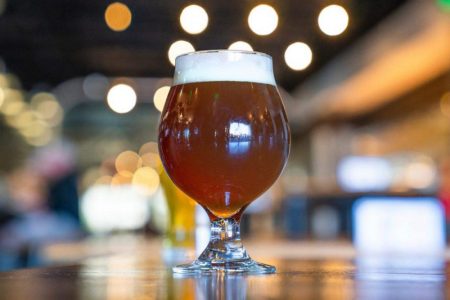 Where to Find Great Craft Beer in Tokyo

How to Tell if Your Fish is Fresh or Not?

Pizza in Japan: A World of Unique Flavour