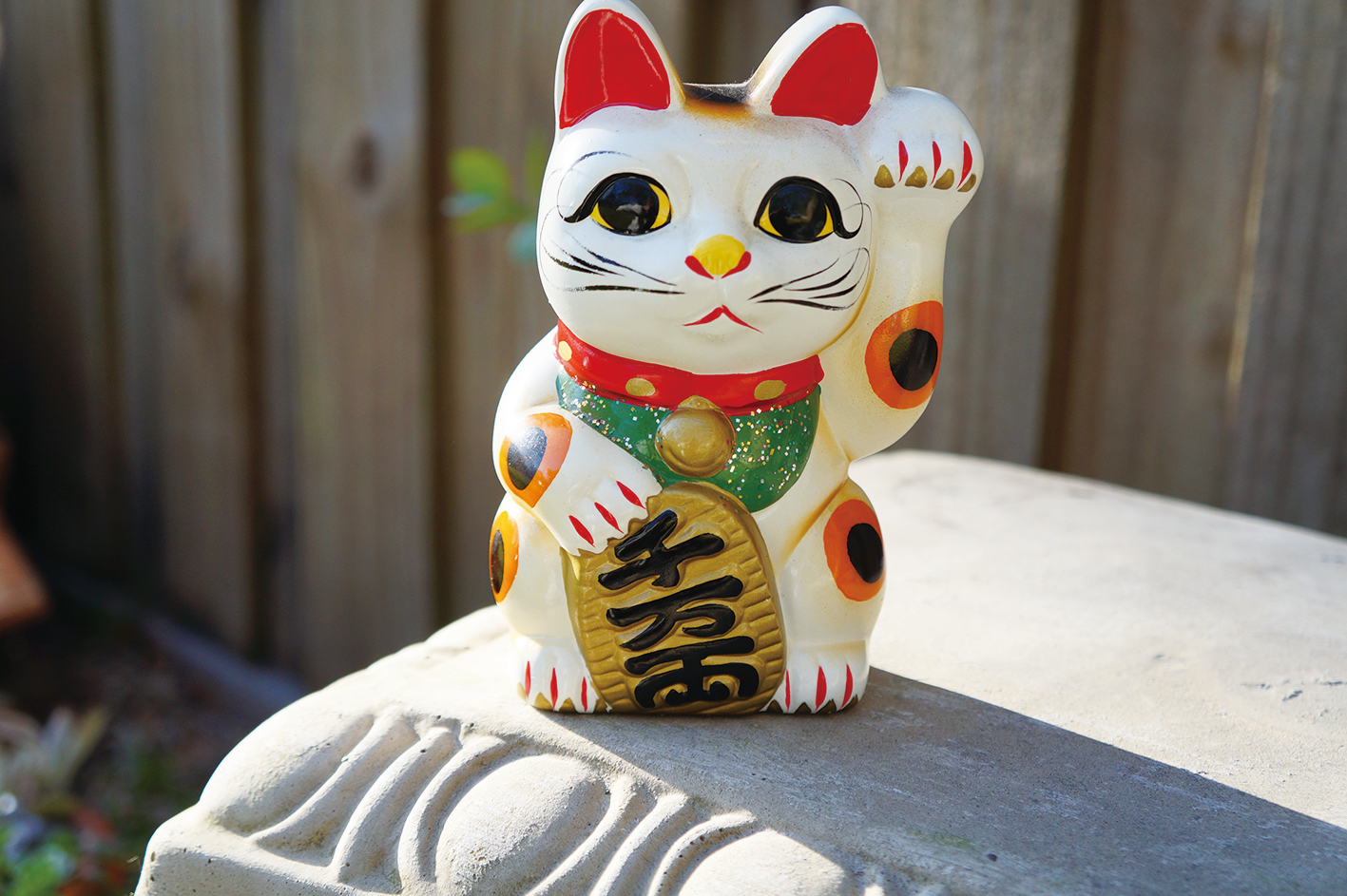 The maneki-neko is a traditional Japanese cat figurine, which is often believed to bring good luck to its owner. The word “maneki-neko ” comprises of two words – “maneki ”, which comes from the Japanese verb “maneku ”, meaning ‘to invite’ or ‘to beckon’, while “neko ” means ‘cat’.

The figurine usually depicts a cat with one paw raised, in a Japanese beckoning gesture. Some maneki-neko have mechanical paw movements, which move the raised paw back and forth, as though beckoning for good fortune. Maneki-neko are often found displayed in shops, restaurants, bars, hotels, and other businesses, generally near the entrance. Due to this placement at the shopfronts, or at the entrance of a home, for many Westerners, it may seem like the manekineko is waving, rather than beckoning.

There are many different types of manekineko, each with distinct features. A typical maneki-neko looks like a sitting Japanese calico cat, with the colours white, black and gold/orange. Below are some of the main variations (note: regional differences may exist).

■ Left paw raised: often said to be a female cat, this maneki-neko brings in luck related to people and relationships.

■ Right paw raised: often said to be a male cat, this maneki-neko brings in luck related to money and good fortune.

■ Gold maneki-neko : said to bring in wealth and prosperity, gold or yellow maneki-neko have also spread their popularity across other Asian countries.

■ Red maneki-neko : said to give protection from illness.

■ Other paw holding a koban (a coin from the Edo period): symbolises wealth 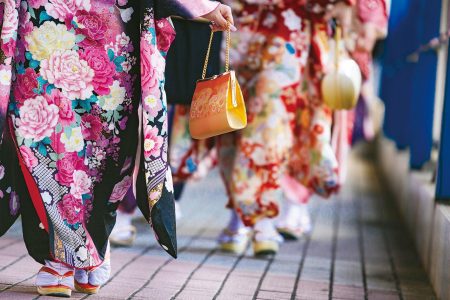